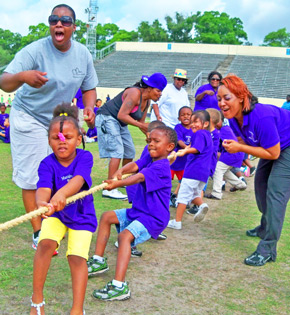 The mission of Early Education and Care, Inc. (EEC) is to support and provide quality care and education for children, families and child care providers. 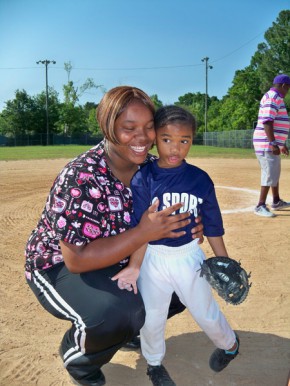 Early Education and Care, Inc. believes in the optimum development and educational success for all children. This is why, back in 1972, the Bay County Day Care Center, Inc. opened to provide quality child care services to disadvantaged preschoolers, originally serving 20 children. In 1976, the organization became an official agency of the United Way, allowing steadier funding for expansion and program support.

A new role was set for the organization when it was asked to serve as a central agency by the District Department of Health and Rehabilitative Services to administer child care subsidy dollars. This role not only charged us to sub-contract with area child care centers for placing low-income children, but also expanded services to six surrounding counties located in the sub-district. This change spurred a change in philosophy, direction and name: Bay County Community-Coordinated Child Care Council, Inc. (1979).

In 1983, the agency received a federal grant to serve 60 children during the school year through the Head Start program and more children a year later through directly operated and sub-contracted centers. The Panama City Housing Authority, who provides low-income housing to the residents of Panama City, renovated its facilities in 1985, including the addition of a child care facility. We were asked to operate the child care program, Massalina Child Care Center, housing our Head Start center, in the public housing units on 15th Street.

Child abuse was headlined in 1985 citing incidents in child care centers, one particularly because of an undetected criminal record of a child care worker. The intense media attention brought action to the State Legislature who passed legislation requiring criminal background screenings, Child Abuse Registry clearances, fingerprinting and 20 hours of training for child care center staff. As a result, the agency became the training coordinating agency for the coordination and provision of training for child care workers in our area in 1986. Our current role is to coordinate training in 14 counties in District 2 working with all educational institutions in its provision.

A children’s festival had often been considered as a needed area event. In keeping with the agency’s mission, the staff began making plans to implement the first-ever Kidfest in January 1994. On April 23, 1994, the first Kidfest was held on the campus of Gulf Coast Community College. Because of the heightened success of the event, it was continued and is still held each spring.

In 1999, Jeanette Chapman conceptualized the idea of having initial contact with every new mother giving birth to her child, providing her with information on appropriate stimulation and vital learning connections in a child’s brain. The Touch, Love, Communicate program, funded by the Chapman Family Foundation, was launched as a partnership between the Bay County hospitals.
The state-of-the-art Chapman Early Education Center was opened the next year in 2000. The center housed eight Head Start and six Early Head Start classrooms to serve over 200 children. It was named after the Chapman family who donated the property for the building’s site.

Verma Hines, a Head Start Center Director, saw the need enhance parent involvement within the Head Start families. She envisioned a children’s choir that would have a regular practice schedule and perform for other groups and during events. In 2004, the Sandbox Singers, Head Start’s own choir made up of children three- to five-years-old, was created and sing at various events throughout the community.

The kids had a great time this year!
Gotta start thinking about it now!

Donate to show your support for our cause. It's Fast & Easy!